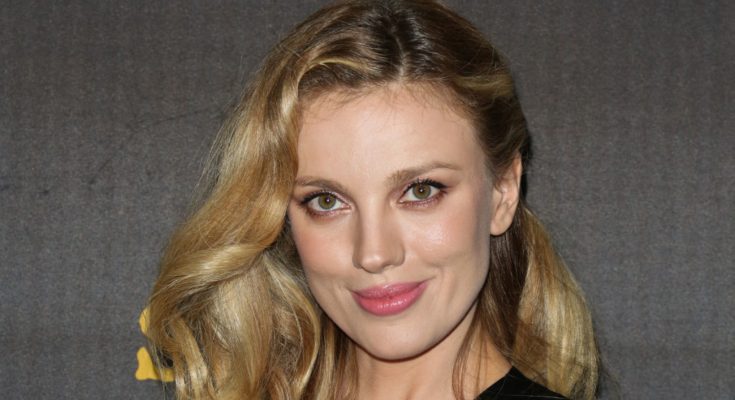 Even without any makeup, Bar Paly looks enchanting. Below, the model is pictured with little to no makeup on her face.

Bar was born April 29, 1985 in Soviet Union but her parents emigrated to Israel. She has smaller roles on TV series, such as The Starter Wife, How I Met Your Mother, and Underemployed. Paly gained a lot of fans after the 2013 movie Pain & Gain, where she’s starring as stripper named Sorina Luminita. Needless to say, that she wears a lot of revealing outfits in this movie. Some people think, that she has breast implants, however her bust is naturally firm so in push up bra it might look like it’s fake. But chech on her curves in less supportive underwear. Her breasts have very natural shape.

Bar Paly is looking hot when she is makeup-free. Check out her natural beauty and attractive skin.

I really, really enjoy comedy. I think that’s one of my strong suits. It’s my zone. And people don’t expect it from me, which is a whammy.

I just like doing comedies, and think that my timing and love for the genre set me apart from other young women who look like me.

I think the attraction to Israeli women stems from the fact that we’re exotic and the fact that there are many talented and beautiful women in Israel. I think that there is also greater awareness of Israel than before in the movie industry.

I was fortunate enough to model, but it was always work for me. It was a way to support myself and finance acting classes.

My parents have always given me whatever I wanted. Took me to the ballet, the opera, museum exhibitions. I was always surrounded by art. It’s their fault I’ve become an actress.