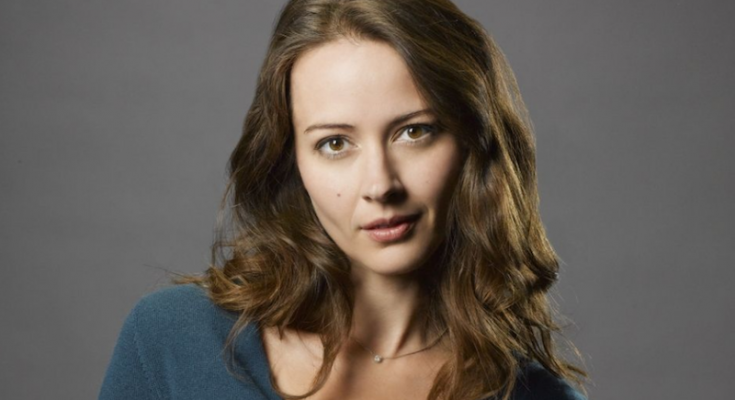 Amy Acker looks admirable without makeup. Below, she is pictured with little to no makeup on her face.

Amy was born December 5, 1976 in Dallas, Texas. She’s married to an actor James Carpinello since 2003. Acker played in several famous movies, such as Catch Me If You Can, The Cabin in the Woods, and Let’s Kill Ward’s Wife. She also played Illyria on Angel and Rachel on Happy Town. In 2015, we can look forward to see her in new film A Novel Romance starring as Sophie. Her by far most famous role is Samantha Groves on Person of Interest.

Amy Acker is looking glorious when she is makeup-free. Check out her natural beauty and astonishing skin.

Because I’ve done so many hour dramas, people tend to think of you as more of a dramatic actor and don’t see you as doing comedy.

People say, ‘You look like the girl who used to be on that show ‘Angel’ – they don’t actually think I’m her.

Usually when people see me, they see me as more of the soft-spoken one rather than being the witty, smart-tongued character.

Genre stuff is the most exciting stuff for an actor to play. I get to try new things, do things I would have never got the chance to do.