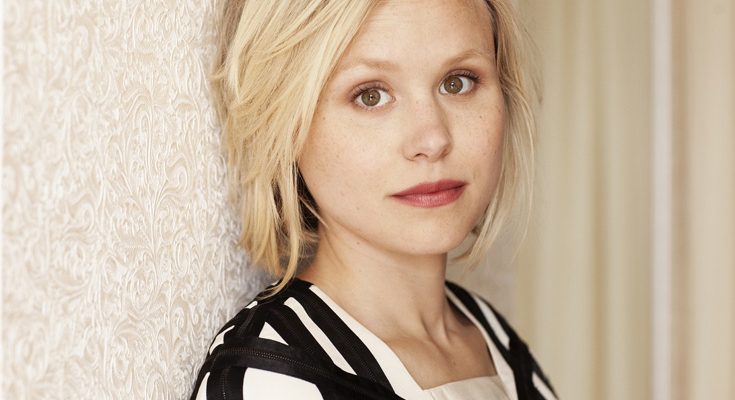 Alison Pill looks remarkable without makeup. Below, she is pictured with little to no makeup on her face.

Alison was born November 27, 1985 in Toronto, Canada into the family of banker. She was interested in acting since she was a kid. Some of her memorable roles were in The Pillars of the Earth, In Treatment, The Newsroom, and The Family. In 2017, she will be starring as Ivy in a new series American Horror Story: Cult.Her dating history is quite interesting. She dated Jay Baruchel and they even got engaged in 2011. However, the sweet couple broke up two years later. In 2015, Pill got engaged to fellow acotr Joshua Leonard and they married soon after that. Alison gave birth to their only child, daughter named Wilder Grace, in 2016.

Alison Pill is looking remarkable when she is makeup-free. Check out her natural beauty and astonishing skin.

I guess the first big name I worked with was Sissy Spacek, and that was really interesting just because she’s so incredible and I learned so much from just watching her. But she’s also so unassuming that I loved working with her. It wasn’t like working with a star, it was Sissy. Not a big deal.

When women are in positions of power it’s a hard place to be, especially when that position involves bossing men around.

I grew up a happy kid in Toronto. I’ve never suffered. I’ve never even had a real job! But I understand sadness and striving, and those two things tie into all the roles that I’ve played.

You only live once. Trying to do the right thing for other people often doesn’t work out, and you have to follow your own path in order to make things work out best for everyone.

I’m an actor, but I’m also a feminist, and a lot of times in movies there are things that I cannot imagine happening that are on the screen and totally accepted. And I just go, ‘Whaaat?’